Coconut oil is a popular ingredient in cooking but did you also know that is relevant to your overall health? In fact, the oil is becoming increasingly popular for its health benefits, especially when you are considering virgin coconut oil.

At first glance, you might expect it to do exactly the opposite. After all, coconut oil is a type of fat, which tends to imply weight gain.

But, like olive oil and avocado oil, coconut oil is actually a key source of healthy fats.

Not only are these fats amazing for health benefits but coconut oil itself really can contribute to weight loss. But, you don’t have to take my word for it. Instead, let’s take a look at the science behind coconut oil’s power.

That latter effect makes medium-chain triglycerides particularly relevant for a ketosis diet – which I’ll come back to later on.

Through this variation in metabolism, and other mechanisms, medium-chain triglycerides have significant potential to aid in weight loss (1,2,3,4).

Research has also shown that consuming medium-chain triglycerides doesn’t result in a poor blood profile (6). As such, doing so is unlikely to increase the risk of heart disease.

Additionally, medium-chain triglycerides have been linked to increased energy expenditure. This process means that people are burning more energy, which can then lead to weight loss (7,8).

In one case, research found that supplementing with 15 to 30 grams of medium-chain triglycerides per day resulted in an average energy expenditure increase of 500 kJ (around 120 calories) (9). Some of those participants had a larger increase (up to around 180 calories).

Increasing your energy expenditure in this way certainly has the potential to aid with weight loss.

One study also indicated that adding chili along with medium-chain triglycerides could also help boost metabolism (10).

All of these areas strongly suggest that coconut oil can have a direct role in weight loss.

The impacts of coconut oil on weight aren’t all direct either. Instead, it also helps with weight loss by reducing appetite.

Appetite reduction is a powerful tool because hunger drives much of our eating. So, if we can reduce our appetite, we can potentially lower or energy intake too. This pattern is also why protein is so relevant for health and weight loss, along with why high protein snacks work so well.

In the case of coconut oil, research does show that medium-chain fatty acids help people feel fuller than other types of fats (11). The ketones that are produced also play a role in lowering the appetite (12,13).

Furthermore, this appetite reduction can lead to a lower calorie intake (14,15).

One a side note, some research suggests coconut oil may be particularly relevant for reducing belly fat. For example, one study involved a 30 ml supplement of coconut oil or soybean oil for a 12-week period. While both groups lost weight, the people taking coconut oil lost significantly more abdominal circumference (16).

Beyond fat loss itself, coconut oil has also become popular in approaches that are meant to promote weight loss. The strongest examples are the ketosis diet and Bulletproof Coffee – and these two ideas are often combined.

Basically, ketosis is a specific lifestyle or diet that extends the idea of a low-carb and high-fat diet. The aim is to bring your carbohydrate intake down low enough that your body enters a fat burning state, called ketosis.

By doing so, you have the potential to burn more energy and lose more weight overall.

Indeed, many people do feel that this type of diet is amazing for weight loss. There is also considerable scientific support for the health benefits and weight loss impacts of ketosis (17,18,19,20)

For that matter, the overall approach may be more effective than a low-fat diet, while many people also find it considerably easier to follow.

Because it is a high-fat diet, a key aspect of keto is consuming enough fat. There are many ways of doing so and many approaches do rely on coconut oil.

For example, fat bombs are a particularly common inclusion in the diet. These help to ensure followers get enough fat, while also promoting decreased cravings. Coconut oil is frequently used in these fat bombs.

For that matter, if you’re interested in the keto diet, then it’s worth checking out the cookbooks below. The recipes here don’t all contain coconut oil but they are a powerful way to get started with the overall approach – and to learn everything you need to know. 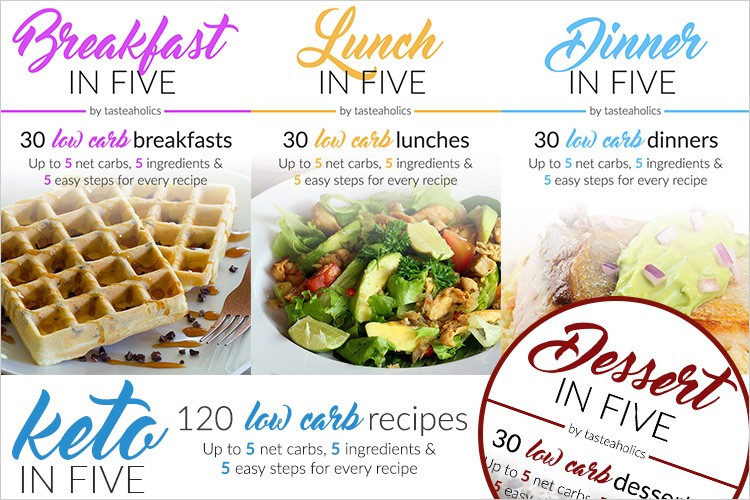 The Brain Octane Oil is basically a branded variation on MCT oil and is distilled from coconut oil. So, it is designed to offer a more concentrated source of coconut oil compounds. Regardless, many people simply make Bulletproof Coffee with coconut oil and butter (or ghee) instead.

One of the key reasons for drinking Bulletproof Coffee is weight loss, especially for people following a keto diet. Like with fat bombs, this coffee offers a good source of healthy fats and can help decrease appetite.

Likewise, the Bulletproof website promotes a variation on intermittent fasting, known as Bulletproof Intermittent Fasting. The two approaches are different to one another but both do offer the potential for weight loss.

Now, Bulletproof Coffee is controversial and I’m not going to go into that debate here. But, do be aware that the idea involves adding a significant amount of saturated fat (from the butter) to your diet every day.

Research does suggest that saturated fat is fine for health – in normal amounts (21,22,23). However, there hasn’t been that much research on the quantities that you regularly consume with Bulletproof Coffee.

With that in mind, the coffee may well be beneficial for health and weight loss, especially due to the health benefits of coffee. Still, the research isn’t in yet, so be wary about Bulletproof Coffee.

What does all this mean?

For that matter, combining coconut oil with other weight loss techniques and tools is the most powerful approach that you can take. After all, coconut oil is relevant for weight loss but the impacts are never going to be dramatic on their own.

Instead, the oil is simply one tool that can help promote weight loss and make the process a little easier.

Coconut oil has been incredibly controversial in the past year or so. This has included countless authors that claim coconut oil is amazing for health and weight loss - along with just as many that make the opposite claim.

For example, USA Today released an article stating that "Coconut oil isn't healthy. It's never been healthy". Yet, as the Huffington Post points out, "the debate is complex".

In part, this discussion comes back to how we define healthy. There is increasing recognition that fat isn't bad for health and may even be beneficial. This applies to saturated fat as well. But, modern industry is having a hard time accepting the concept - which is why we see two different perspectives at play.

And, to be honest, the research isn't clear cut either. We now know that saturated fat is fine in regular quantities. But, little research has been done about using it excessively. This suggests the importance of being a little careful and realistic about how you use coconut oil.

Nutrition research also heavily relies on self-reporting. There is no good way to make people follow a diet, especially not in the long-term. Researchers also can't know whether people actually consume what they claim to. As a result, it's incredibly difficult to know what food actually is, or is not, healthy.

So, if you’re interested in coconut oil for weight loss, what do you do?

The simplest answer is just to include it in your diet, which is easy to achieve. If you want, you could make fat bombs or include the oil in your coffee. Alternatively, there is no shortage of recipes that rely on coconut oil. For example, the site All Day I Dream About Food has an amazing list that highlights some of these.

If you do so, be aware of calories. For example, a tablespoon of coconut oil contains around 116 calories (24). This could easily be a problem for weight loss, especially if your calorie intake is already high.

However, the general idea is to replace some of your calories with coconut oil, rather than simply adding the oil to your current intake. You might do this simply by using coconut oil instead of another type of oil when cooking.

Additionally, coconut oil can help reduce appetite. By doing so, it could serve to decrease how much you eat. The end result may be that you consume fewer calories while taking coconut oil.

Finally, if you are following keto or a low-carb diet, the calories in coconut oil may be less relevant. After all, that type of diet means you get most of your calories from fat, not from carbs.

At the end of the day, as long as you pay attention to what you are eating, coconut oil can easily help to promote weight loss. Plus, it does offer powerful health benefits as well.

Want to Lose Weight and Keep it Off?

Weight loss is a huge industry, with no shortage of hype. But, long-term weight loss doesn't come from a crash diet or a popular fad.

Instead, you need sustainable habits and healthy foods.