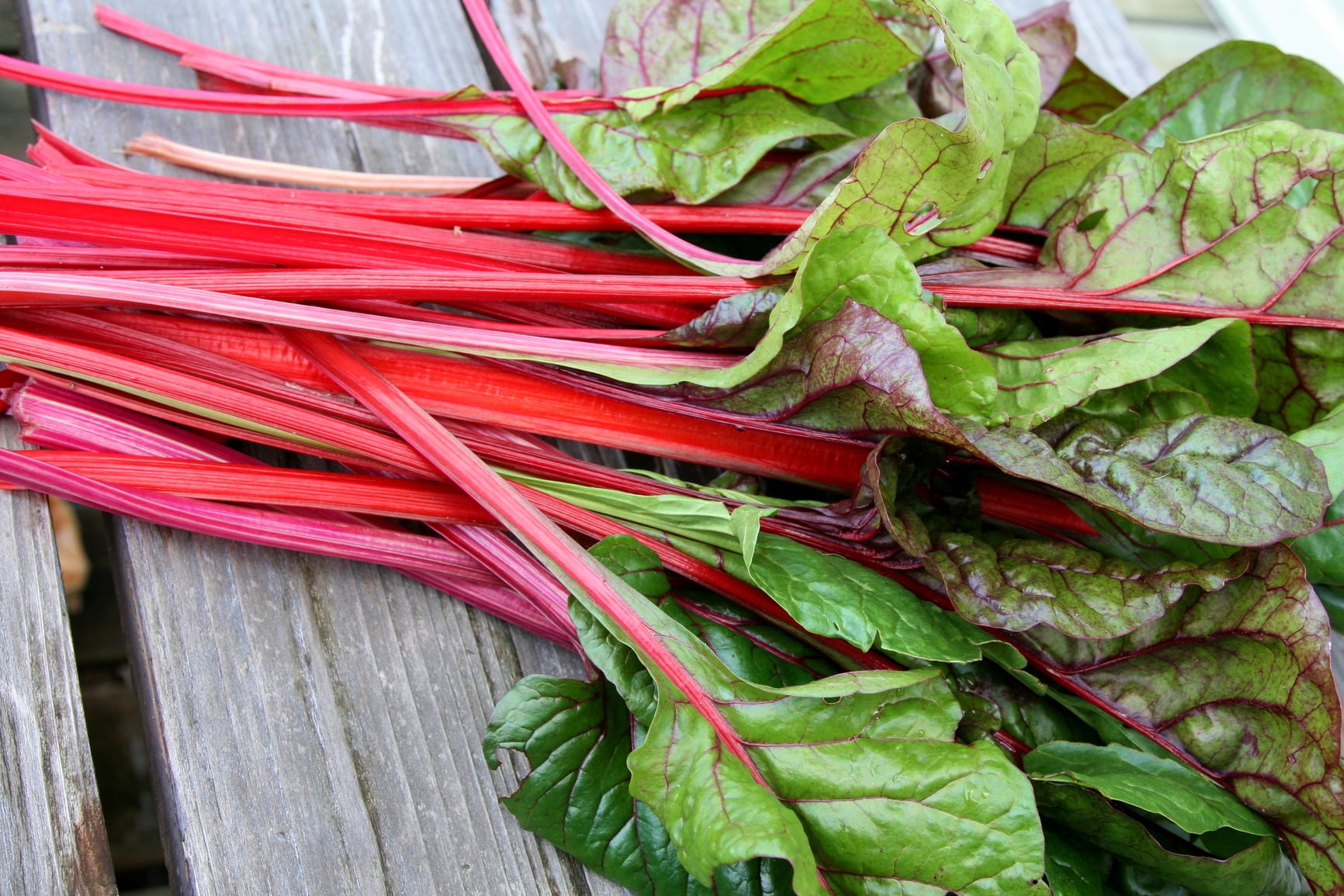 Vegetables are commonly a source of important nutrients, but it’s easy to forget just how much some vegetables can offer in terms of health benefits, particularly the more unusual ones.

Not every vegetable is the same, and some vegetables are nutritional powerhouses, offering substantially more nutrients and health benefits than other vegetables.

Swiss chard is one example of this, and many people haven’t even heard of the health benefits of Swiss chard, much less taken advantage of them.

Swiss chard is a green leafy vegetable that is also known as Roman kale or silverbeet.

It is a common vegetable, although it has recently become a lot more popular as the result of its significant nutritional profile.

The plant comes from the same family as spinach or beets, although there are significant differences in the nutritional content of different members of the family.

Dark leafy greens are often unpopular simply because they are often challenging to get into the diet, and have a taste and texture that not everyone finds appealing.

However, it really is worth making the time and effort to Swiss chard (and similar vegetables) into your diet, as their nutrient profiles can offer significant health advantages.

Some of the most significant nutrients in Swiss chard include the following (in 1 cup of raw Swiss chard):

For example, one study found that elderly people with low levels of vitamin K intake had an increased prevalence of hip fractures, suggesting that sufficient vitamin K intake was able to reduce how often these fractures occurred (1).

Another study indicated that in females, low intake of vitamin K was associated with a decreased level of bone mineral density (2).

Additionally, research indicates that vitamin K may also play a role in calcium balance, which is a factor that also contributes to bone health (3).

With the high level of vitamin K present, Swiss chard may represent an important way for people to get sufficient vitamin K in their diet and protect their bone health.

This effect is reinforced by the fact that Swiss chard also contains calcium, which provides additional support for both teeth and bones.

The presence of these two compounds means that Swiss chard may provide an important role in reducing the chance of diseases like osteoporosis later in life.

In addition to the vitamins that are present in Swiss chard, there are a number of other compounds that are significant.

As I mentioned before, many of the health benefits from Swiss Chard are associated with the vitamins and minerals that are present, but another important area for health comes from the antioxidant activity of the vegetable (4).

The presence of antioxidants in Swiss chard also makes it a highly important food for overall health.

Antioxidants have been growing in popularity and are significant for fighting the negative impacts that free radicals can have on cells.

Antioxidants have the potential to reverse some of this damage or prevent it from happening, a behavior that may reduce the risk of some diseases and types of cancer.

For example, one study found that the inclusion of antioxidants within the diet were able to decrease the risk of lung cancer (5).

Another health benefit that has been associated with the consumption of Swiss chard is protection for the kidneys in diabetic animals, a protective effect that has the potential to also be significant in humans (6).

Swiss chard is also a good source of fiber, which is important, as dietary fiber is an essential component of a healthy diet that many people do not get enough of.

Having sufficient fiber in the diet can help a person to maintain their weight at a healthy level as well as decreasing the risk of heart disease and diabetes (7).

Additionally, having sufficient fiber in your diet can help in maintaining normal bowel movements and overall bowel health (8).

It’s also important to note that, like many vegetables, Swiss chard contributes to a healthy diet because it is not heavily processed and does not contain additives or artificial compounds.

In fact, people can grow their own Swiss chard to help maintain control over everything that goes into their food and avoid the use of pesticides.

The fact that the vegetable is also low in calories makes it important for anyone who is working on a calorie restricted diet.

Related Article: The Health Benefits of Pumpkin – Get The Most From Fall

Including it in the Diet

Swiss chard, like other green leafy vegetables, has a significant number of health benefits, but it can sometimes be a little difficult to include it in the diet.

Many people avoid vegetables like this simply because they can’t work out how to include them in an enjoyable way.

However, there are many different ways of using Swiss Chard in food.

Some of those can be quite nice, even if you don’t particularly like the taste of the vegetable.

One popular approach is the use of green smoothies, which often make use of a range of fruits and vegetables that have significant health benefits and contain substantial amounts of nutrients.

The combination of ingredients in these smoothies will often vary depending on the individual and their preferences, but Swiss chard is a common one, as well as kale.

Putting some fruit in the smoothie also, such as orange or pineapple juice can be an effective way of minimizing the taste of Swiss chard while still getting the health benefits.

Additionally, this approach has the advantage of using uncooked Swiss chard.

This can be desirable, as the processes of cooking often removes or reduces some of the beneficial nutrients from food, including vegetables.

Other approaches include using cooked Swiss chard, such as an ingredient in omelets or in vegetable lasagnas.

In fact, Swiss chard can be used as a replacement for spinach in a range of different recipes, as there are many similarities between the two in terms of taste and texture.

There are also many recipes that take advantage of the nutrition and the flavor of Swiss chard. One example is a Garlic Sauteed Swiss Chard recipe at Downshiftology, while Serious Eats also offers a recipe for Citrus Pasta with Swiss Chard.

​Swiss chard might not have the same reputation as kale, but is it a common inclusion in your diet?

Want to Improve Your Health?

Better health starts in the kitchen, with the food that you eat and the meals you prepare. Getting the best outcomes involves making good choices about the food and the ingredients that you use.

Check out my recommended products to see where you can get started.